The Powerful Curse of Jacques de Molay, the Last Grand Master of Templars 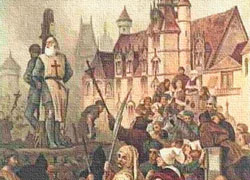 On March 18, 1314, Jacques de Molay and a few other Templars, after enduring torture and many other humiliations, were sent to death. De Molay was an old man, tired with life and proud of his achievements.

He knew that the tragedy which touched his brothers and himself was the result of schemes. He was also aware that the king of France had decided to torture and finally execute innocent people - the loyal knights of France. Thus, when he was dying he cursed everyone who recommended his murder.

The Templar Order, also known as the Knights Templar, Templars or the Order of Solomon's Temple, existed for nearly two centuries during the Middle Ages. Their story began around 1129, when they became a favored charity throughout Christendom. 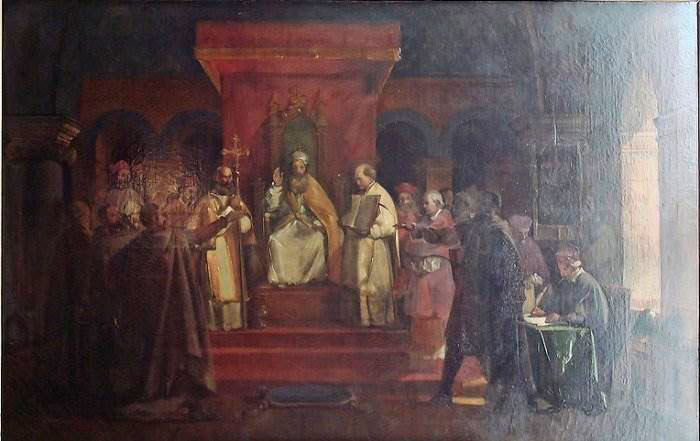 Official recognition of the Knights Templar by Pope Honorius II at the Council of Troyes in 1128. Painting by Francois Marius Granet

They grew fast, as many wanted to join the group of knights with the distinctive white mantles decorated with the red cross. They were very skillful fighters during the Crusades and had innovative financial techniques, which became an early form of modern banking. The Templars were also great builders of fortifications in Europe and the Holy Land.

The Last Grand Master of the Templar Order

Jacques de Molay was born c. 1243 AD. He was the 23rd and the last Grand Master of the order of the Knights Templar. He ruled the Order from April 20, 1292 and was its great reformer.

There are many more and less real stories about him, but there is little certain information about his roots and life. One legend says that during his travel through the Camino de Santiago in the late 13th century he left his sword in the castle Ponteferrada in Spain.

As mentioned, the Templars fought in the crusades, which brought them lots of money. De Molay also spent lots of time in the Middle East, and finally he became the head of the Order. 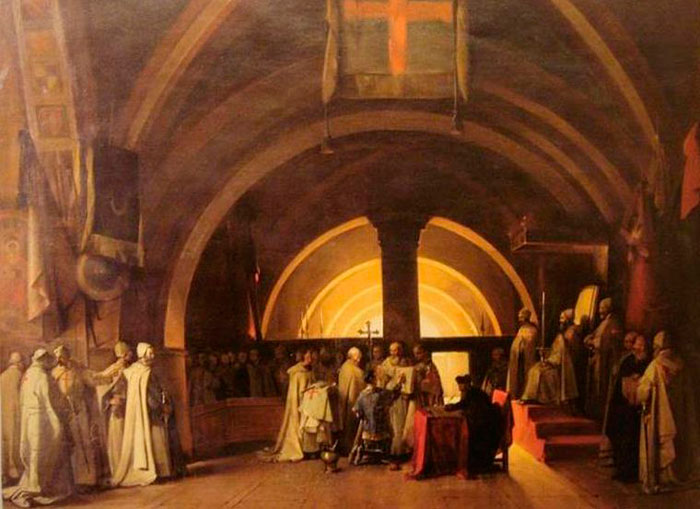 Ordination of Jacques de Molay in 1265 as a Knight Templar, at the Beaune commandery. Painting by Marius Granet (1777-1849)

By that time the Templars were famous for having a legendary treasure. The royals and nobles of Europe believed that they were very wealthy and some even thought that during the visit to the Middle East the Templars had rediscovered the treasure of King Solomon and took it for themselves.

Listening to these rumors, the king of France, Philip IV, decided to borrow money from the Order, believing he could do so without limits. The Templars were good in money management, but when they lent it to someone, they expected to receive repayment.

That was the beginning of the end for the Templars - Philip IV of France didn't mean to pay back his deep debt to the Order. In place of giving the money back to the Templars, he decided to take advantage of the situation. He asked for the support of pope Clement V, and in 1307 many members of the Order were arrested in France. The nightmare of the tortures to receive false confessions proving that the Templars collaborated with the devil began. De Molay was also dissolved of his duties by the order of Pope Clement V in 1307.

The Execution of the Templars

Due to the orders of Philip IV, the tortures on the Templars were completed in the most terrifying ways known. One by one, the men tortured by the Medieval Inquisition, gave false confessions to stop their suffering. Nonetheless, the brave Grand Master retracted his confession and Philip decided to burn him on the island in from of the cathedral of Notre Dame de Paris. 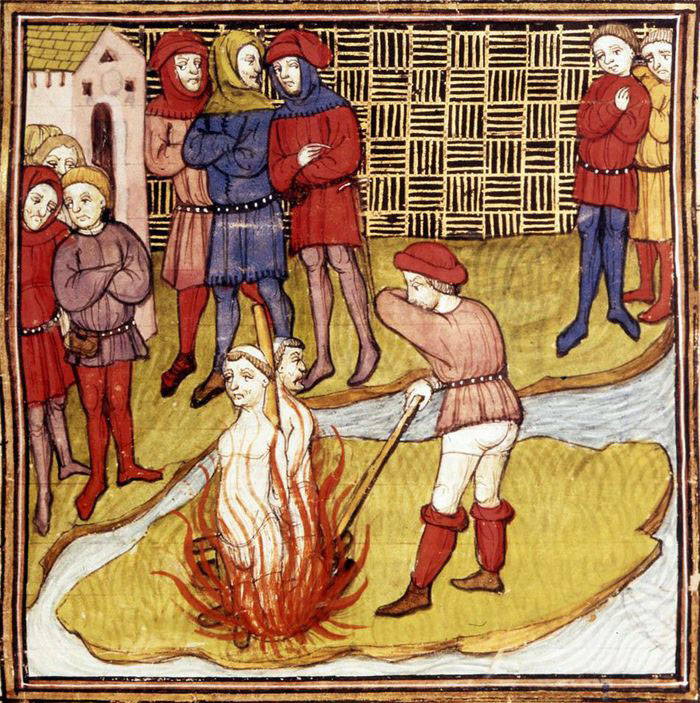 Jacques de Molay sentenced to the stake in 1314, from the Chronicle of France or of St Denis.

After seven long years, Jacques de Molay ended the daily pain of tortures and the Cardinals agreed upon the death sentence for him. According to the eyewitnesses of the execution, de Molay showed no sign of fear, and he tried to not show pain during his slow death on the burning stake.

Most of the pyres were prepared in such a way that the victims would die quickly. However, in the case of De Molay, they prepared a pyre which would burn slowly. Before he died, he made his voice heard loudly once more. The results of the speech may have led the king and the Cardinals to regret not allowing him to die within a few minutes, like the other Knights.

A Curse Which Scared All of Europe

While burning on the pyre, De Molay cursed King Philip IV of France, his descendants, Pope Clement V, and everyone else who supported his death. De Molay said that within a year and a day, Clement V and Philip IV would die. He also said Philip's bloodline would reign in France no more. 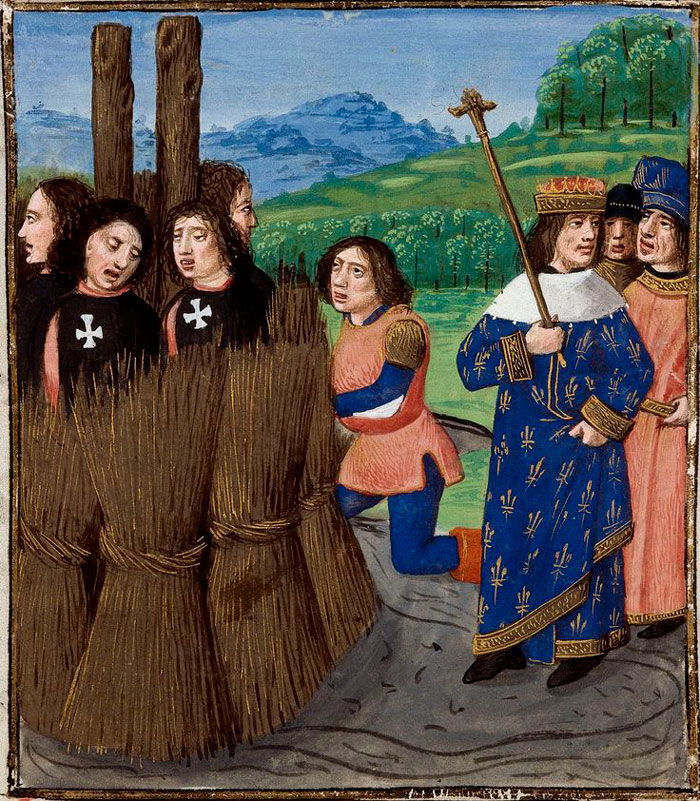 Burning of the Knights Templar at the stake by Philip IV

It happened as De Molay wished for, and death came for Clement first. He lost a battle with a damaging disease on April 20, 1314. Shortly after the Pope, Philip died of a stroke while hunting. A tragic death was also the destiny for all of Philip’s successors. Between 1314 and 1328 all three sons and grandsons of the French king died. Within fourteen years from the death of De Molay the House of Caped no longer existed - after it had stood for 300 years. 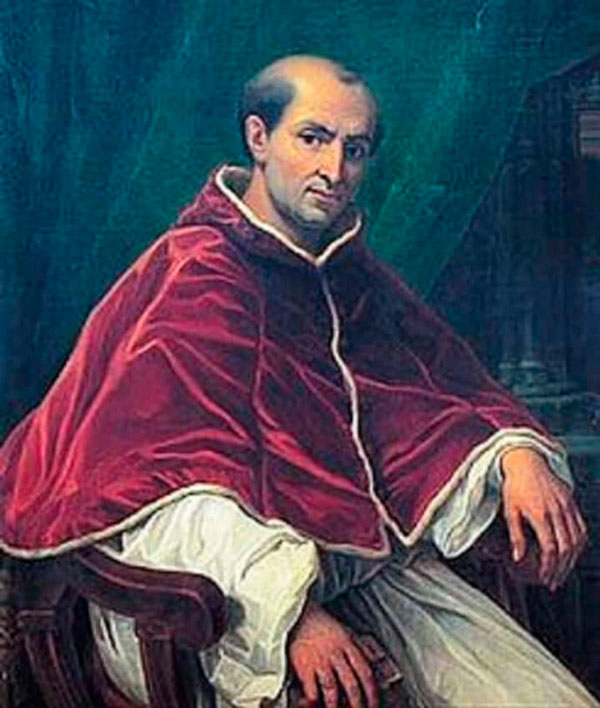 Was the curse by De Molay real? Or did his Knights accomplish the revenge of the Grand Master? The story of the last Grand Master and his horrible curse became a shock in all of the European courts. It also ruined the politics of France because some of the rulers were afraid of collaboration with the cursed royal family.

Inspiration By the Curse

This story became a main topic of the famous series of historical novels by Maurice Druon ( The Accursed Kings ). The books were published in the years 1955 and 1977, and depict the reality of the times of De Molay. They were also adapted into several movies and television miniseries.

In September 2001, Barbara Frale, an Italian Paleographer at the Vatican Secret Archives discovered a document known as the Chinon Parchment. It claims that in 1208 Pope Clement V absolved Jacques De Molay and the rest of the leadership of the Knights Templar from charges brought against the Inquisition. Six years later, the Vatican published the document as a limited edition of 800 copies. 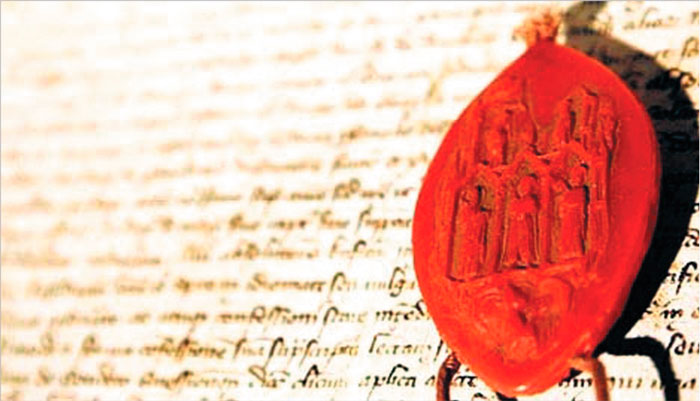 In June 2011, Pope Benedict XVI apologized for the killing of De Molay and acknowledged that he was a victim of false accusations. Centuries after the tragedy took place, the Vatican admitted that the pope had supported the murders, although the Templars weren't guilty.